It’s strange to watch someone with dementia regress.  These days, Joy is still caught between what used to be and what is.  What is: Phil can no longer follow a plot in a film or episode.  During The Crown, he repeatedly asks, “Who is that?”  Joy: That’s the Queen.

Some evenings, she reads to him from her favorite children’s book.  Each chapter is a separate episode, and he seems to follow the plot, if he doesn’t fall asleep.  When the grandchildren were visiting, Phil watched cartoons with them and was as engaged as they were, laughing and making comments.  Seeing the three of them with their eyes glued to the screen was disconcerting.

Like a toddler, Phil needs help choosing appropriate clothing for the weather.  Unlike a toddler, he doesn’t learn the routine, and has to have it repeated each morning.  He needs reminders for hygiene.  Joy’s daughter quizzes her girls, “Did you brush your teeth?”   Joy hears herself say the same thing to Phil and can’t quite believe this is her life.  “You need to cut your nails—trim your beard—did you put on deodorant?”

Joy can’t imagine what it’s like inside Phil’s brain.  He rarely expresses anything about his struggles.  Sometimes, after a memory lapse, he’ll say, “You’re not going to put me in the nut house, are you?”  Joy answers, “Not yet.”  Which is, sadly, true.  He depends on her for direction, for support, for assurance.  He has separation anxiety, just like a preschooler.  Since COVID began, they haven’t been apart for more than a couple of hours at most.

Phil lives in the present.  When they take the same route into the nearby town, Phil remarks on the same parking lot full of cars, the same empty storefront, the same leafless apple trees.  Joy is almost envious of his lack of past and future.  She wonders what it would be like to be only aware of the present moment.  Isn’t that what practitioners of eastern religions try to attain?

When is it time to turn over the caretaking?  Joy wonders.  What if he becomes belligerent?  A wanderer?  Incontinent?  How long would she–could she–keep him at home?

Help is available from:

Six years ago, my husband was diagnosed with mild vascular dementia.  As the disease progressed and his cognition declined, his care took over more and more of my days.  If you are a caregiver, you may also experience the tangled threads of emotions that come with the job: anger, despair, sorrow, frustration, impatience.  The list is long.  This blog documents all of that, and offers some resources and ways to cope. 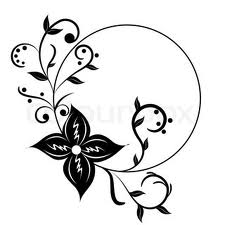